Tanzania is the largest country in East Africa. It has many beautiful places for sightseeing, tourism, and relaxation. I will present you with the ten (10) most beautiful places, so you do not need to struggle to search for which to pick. 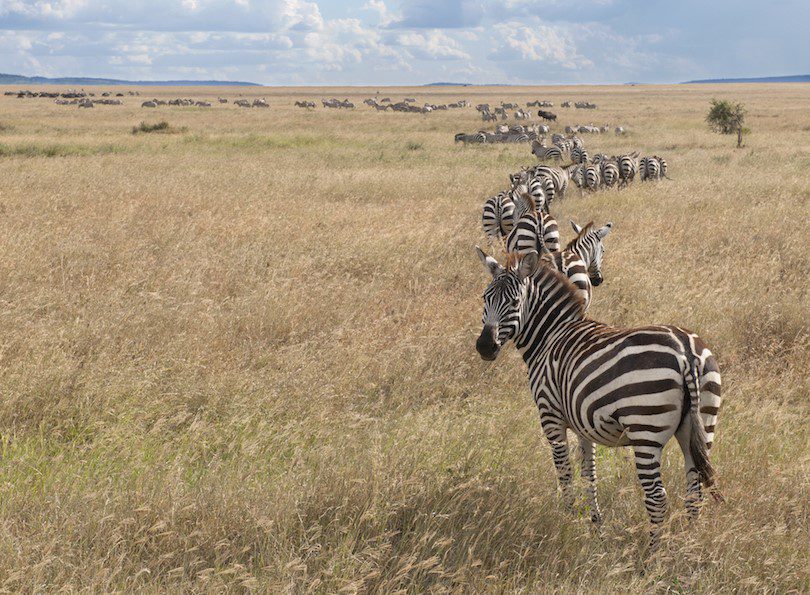 It is one of the world’s most popular places to go on a safari. It inhabits wild lives like lions and other animals. If you desire to see live lions, this is a perfect match for you. It houses more than 2,500 lions. There is provision for lodges and cabins in Serengeti National Park so visitors can stay and explore if they do not wish to go back the same day. People outside Tanzania can use the cabins and lodges to make their stay worthwhile. 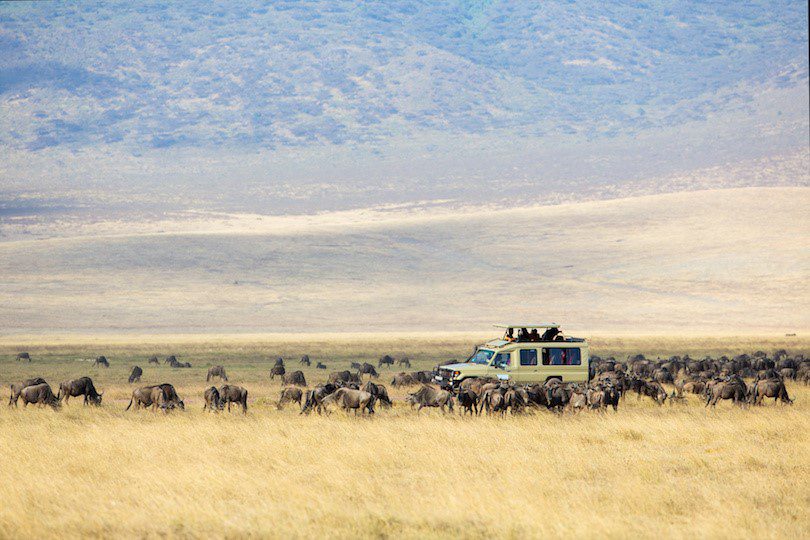 Ngorongoro Conservation Area is specifically known for its geographical feature known as Ngorongoro crater. It is the world’s largest volcano site. Inside the crater, the highest density of lions in the whole world is found. It also has a lot of leopards, cheetah, hyena and black rhino and serves as a centre for tourism. 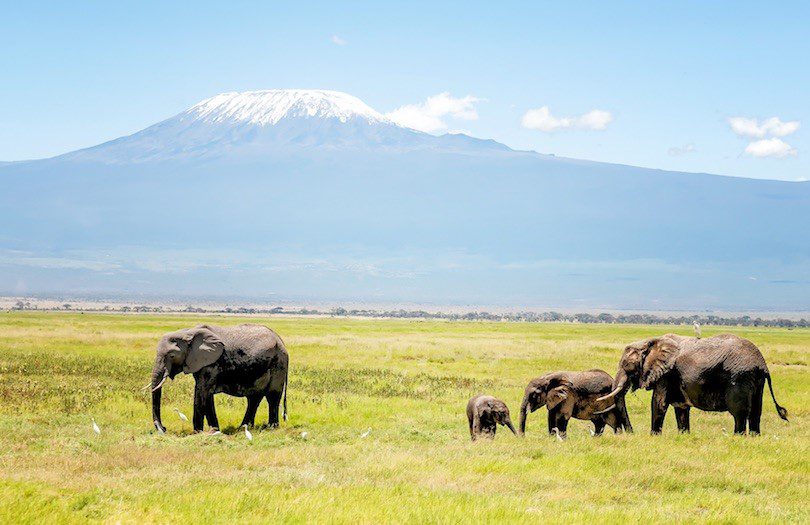 It is the highest free-standing mountain in the world and the tallest in Africa. It is the best place for world-class climbers and adrenaline junkies to visit.

It is surrounded by forests, highlands, plateaus, etc. There are seven routes to the top of Mount Kilimanjaro. Many tourists climb just part of the mountain because of its height. It can also be used for hiking.

It is on the island of Zanzibar that is off the coast of Tanzania. Swahili, Arab and Persian cultures are seen in this town. Most of its buildings were constructed in the 19th century. A lot of palaces, mosques and fine houses were constructed in Stone Town because of the wealth created by the trade executed in the 19th century. It is pretty good for sightseeing and adventure for tourists. 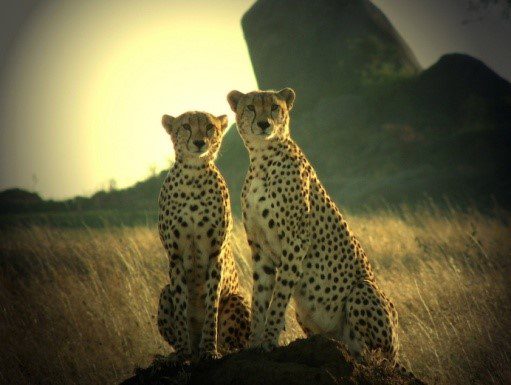 Ruaha National Park is the largest national park in Tanzania. It is located in the centre of Tanzania and inhabits more elephants and giraffes. As a result of this, it is called Giraffe Park. Some people value Ruaha National Park because it is not overcrowded like other parks. So you have more opportunities to enjoy and explore it. 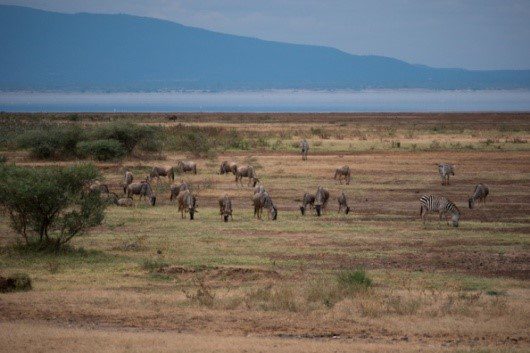 The park has a lake that covers a great landmass of the park and it is the major highlight for tourists. This lake fluctuates in size depending on the season; during the rainy season, between June and September, it enlarges and covers a greater part of the lake and during the dry season, it reduces in size. Many animals seek water in the lake because it is a major source of water in Tanzania. Visiting this park gives you the opportunity of seeing these animals when they come into their groups. 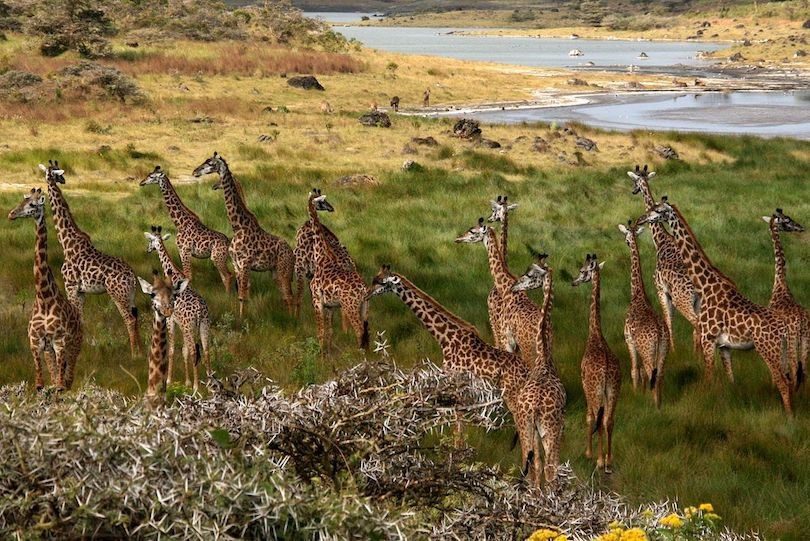 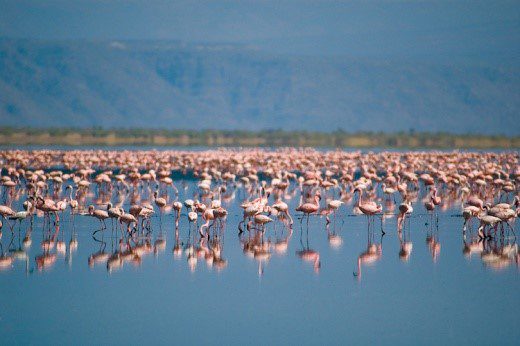 Lake Natron attracts many tourists because of its special features. Its PH levels are very high, combined with chemical makeup and heavy evaporation. All these contribute to the water looking dark red. The water temperature is also hot, making it difficult for animals to be found around it because it is not conducive. Any bird that mistakenly falls therein finds itself dead and calcified instead of decomposing. Despite these negative attributes of Lake Natron, smaller flamingos can survive in it. Once in three or four years, when its state is better, the pink birds come to this lake to breed, making it a beautiful sight for tourists to behol8. 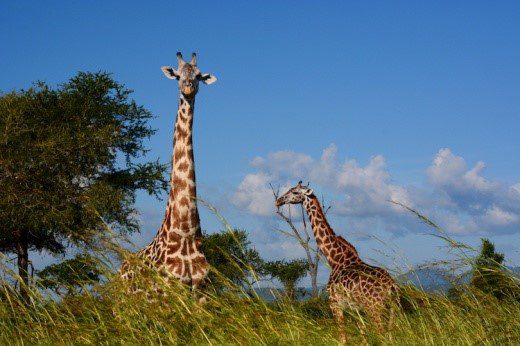 This is part of the southern circuit in the southern part of Tanzania. It is surrounded by short grasses and this makes it easy for tourists to sight animals from a far distance. To comfortably enjoy and explore this park, you need to be in an approved automobile. This measure is put in place to safeguard tourists from unsuspected attacks by wildlife. The most common animal in Mikumi National Park is midget elephants with short and thin tusks. Poachers do not desire it because of its short and thin tusk. 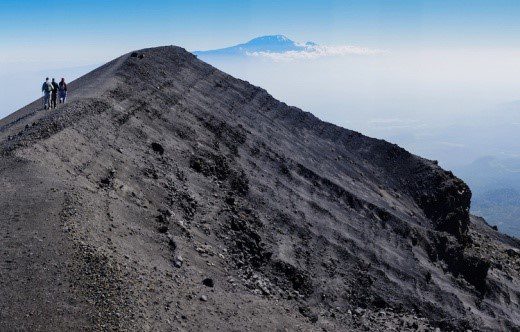 Mount Meru is the second tallest mountain in Tanzania after Mount Kilimanjaro. It is in the Northern part of Tanzania, close to the Kenya border, and full of wildlife. If you like climbing but find it difficult to climb Mount Kilimanjaro, then you can consider climbing Mount Meru as your second choice. It is a good place for hiking.