The 29th of July will surely not pass without causing a stir in the Irabor household, for it was this same day, 35 years ago, that Betty and popular media personality, Soni Irabor, were joined together in the sacred bonds of marriage. 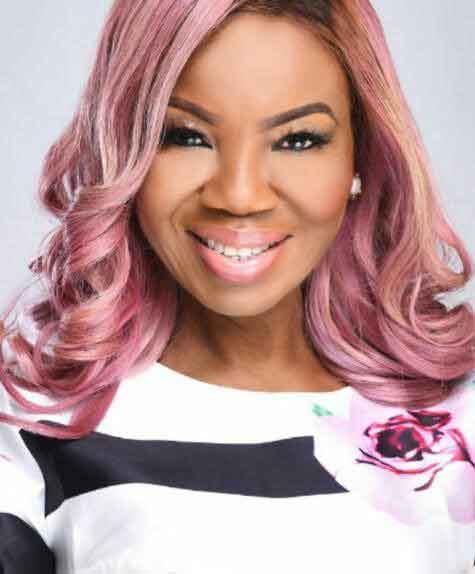 And an obviously and understandably elated Betty took to her Instagram page to announce the pleasant tidings to the world.

”29th July !! Morning has broken! Blessing God for our 35th wedding anniversary today…(pic was taken 10 years ago on our 25th anniversary by tybello) Through all the changing scenes of life…

The Irabors had already had cause to celebrate when Soni celebrated his birthday in March but even more laudable is the fact that these two celebrities had succeeded in taking their union this far in an age where celebrity divorces are rife.

Betty, who is the Editor-In-Chief and Chief Executive Officer of Genevieve magazine, is also a public speaker and fervent advocate for the breast cancer awareness initiative with her NGO named Genevieve PinkBall Foundation. Indeed, theirs is a quintessential media marriage with Betty having worked as a regular columnist for ThisDay newspaper and Black & Beauty magazine UK.

The mother of two was honoured by Association of Professional, Women Bankers as the Most accomplished Female Publisher in Nigeria 2011  while her husband is fondly remembered for his renowned “Soni Irabor Live” which aired on AIT in the early 2000s. Soni has since returned to radio broadcasting with Inspiration FM.