Scientific advancement in the field of medicine has made the transplantation of body organs possible. Transplantation refers to the act of transferring an organ from one person, called the donor to another, known as the recipient. Organs may be transplanted from deceased or living persons.

Before the invention of modern clinical techniques, patients with end-stage organ failure (a condition whereby an organ has reached its peak of damage and is no longer able to support life) live with a very slim chance of seeing the next day.

However, with the advent of organ transplantation, patients with critical organ problems get a better chance of having a longer life. Organ transplantation has been identified as the best form of treatment for a person suffering from organ dysfunction. 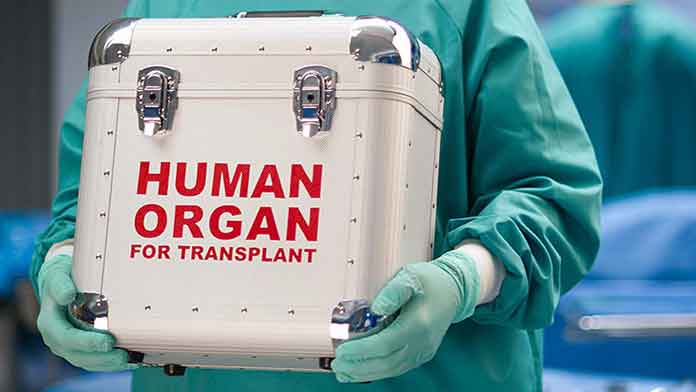 What is organ donation?

Organ donation refers to a legal offer of one’s organ to another who is in need of it. Organ donation is generally classified into two, deceased donation and living donation.

Just as the name implies, deceased donation occurs when the donor in question is absent. It refers to the transplantation of an organ from a cadaver or dead-body that has been confirmed lifeless or brain dead (a situation where there is a complete loss of brain function). It usually takes place after the next of kin has given his assent. Organ donation may also be willful or consented when an individual decides to donate one of his organs for his family or friend.

As the rate of organ deterioration increases all over the world, the demands for transplantation of organs have increased. Organs that are in high demands include kidney, liver, bone marrows, pancreas, lungs, heart, skin and cornea, with kidney having the highest percentage and highest cost after the heart. Other organs like the middle ear, heart valves, bone, connective tissue, nerves, and blood vessels can be also transplanted. Often times, a whole or a part of the organ is transplanted.

Some countries are identified to be largely involved in organ donation. Spain, for instance, has a rate of about 46.9 per million. Other countries include the UK and USA.

The most frequent organ donation process is usually carried out when the donor is deceased. With appropriate assent, a doctor ascertains the death of the patient and checks for organs that are capable of being donated. This verification is carried out severally by a neurologist that was not involved in previous attempts to save the patient life.

In the case of a living donation, he undergoes an evaluation test to ensure that no adverse effects will be incurred after donation as well as to intimate him on other necessary information regarding organ transplant.

There is also such thing as a paired donation, also called kidney swap. It is simply a situation whereby an organ donor is incompatible with the proposed recipient, and so exchanges the same organ with another donor or recipient pair.

Surprisingly, Selling of human body parts and organs is becoming more and more popular in many countries of the world. This is as a result of the increasing demand of organ replacement, usually kidneys and liver.

Organ trafficking is described as the illicit trade of human organs for money. Some countries such as Angola, Brazil and China have been identified to have the highest number of persons practising organ trafficking. Other countries involved in the practice of organ trafficking are Ecuador, Canada, Haiti, Colombia, Costa Rica, Peru, Israel, Mexico, Pakistan and Georgia.

In countries like Iran, organ trade is considered legal and non-punishable by the law.  This is due to their lack of medical infrastructures for performing an efficient organ transplant. However, these organs must only be traded between Iran citizens.

Kidney is the major organ traded in Iran and mostly, these kidney traders are offered employment opportunities within the state. Additionally, Singapore and Australia have legalized the selling of organs for money.

In 1987, the World Health Organization (WHO) declared organ trade to be illegal and against the Universal Declaration of Human Right on the ground that the poorest and weakest are most vulnerable, thus violating the law that emphasizes fair and equal treatment to all human.

Why Nigerians sell their organs

Poverty has contributed to the reason why some Nigerians get involved in the trade of organ. Advancement in medicine has made the transplantation of organ possible provided the donor and recipient in question have the same blood group. In other to cater for their needs, some Nigerians offer their organs for sale to Asian countries that are willing to buy them.

On the other hand, some are tricked into big cities to sell their organs.

History of organ donation in Nigeria

The history of organ donation and transplant in Nigeria can be traced to 1980. However, due to the falling standard in the Nigerian health care system, no organ donation was made until 2000 when the first renal transport was done. Since then, other organ transplant centres have continued to emerge. Later in 2008, four centres were opened and have been reported to have performed more than a 100 successful renal transplant, and still counting.

Traffickers obtain their organs primarily by illicit harvesting of organs from unsuspecting fellows. Organ harvesting refers to the illegal removal of a person’s organ without his approval. A report from the World Health Organization showed that an approximate number of 7,000 kidneys are illegally harvested every year by traffickers and sold at the huge amount of money, depending on the country where it is being sold. Foreigners do this in several ways.

One of these ways is through kidnapping. Trafficked organs are sometimes obtained from murdering kidnapped persons. Also, in rare cases, some foreigners liaise with certified doctors to illegally remove a patient’s organ without his notice. In other cases, these organs are harvested by the greedy physician in charge of health institutes and sold in the black market. Nigerians who visit foreign countries for medical treatments are the most susceptible to these schemes; caution must, therefore, be taken when embarking on medical tourism.

Though there is no formal restriction to organ harvesting in Nigeria, the law has however said that the organs of a deceased could be transplanted provided that the death was established by two or more physicians who had no initial motive of harvesting the patient’s body organs. In addition to this, a signed report must be provided by the physician in charge of the method used to establish death. However, in cases where the deceased specifically instructed against the act or the family of the deceased disagrees, the organ will not be harvested.

Some families also willingly sell their organs for hundreds of dollars.

In the past year, no less than 55 suspects have been arrested for being in possession of human parts. In Nigeria, it is a myth that human parts can be used to make quick money, some Nigerians therefore, in an attempt to get quick riches, resort to kidnapping for ritual purposes.  Also, because human organs sell for millions of naira, they further extract victim’s organs and export them abroad.

How to legally donate organs to save life

Organ donation has proved to be a life-saving practice in Nigeria. Some health organizations in Nigeria have encouraged Nigerian citizens on the practice of organ donation. According to medical practitioners, certain organs like the kidney and lungs are the best transplant than managed with drugs. To legally donate an organ, all that is required is to register an organ donor in a recognized organ donation centre. This automatically gives your consent for organ donation when the need arises and even after death.