Music continues to pay heavily in Nigeria for the past 15 years, and is a fast selling talent in the country. Nigeria has produced some of the best and richest musicians in Africa but the question is who is the richest musician in Nigeria?

There are many musicians in Nigeria and I have compiled the list of the top 20 richest Nigerian musicians according to their individual net worth for you.  Please see below: 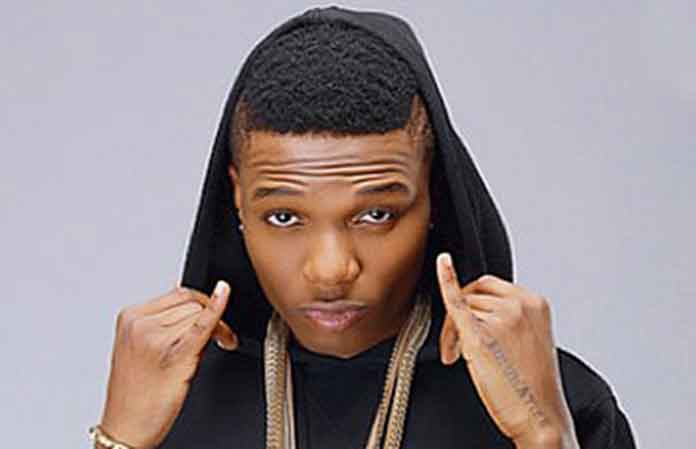 Ayodeji Ibrahim Balogun popularly known as Wizkid or Starboy started recording music at age 11. He rose to fame with his single “Holla at your boy” and has since become one of the top Nigerian artists ever known. He gained international recognition from his collaboration with Drake on “One Dance” and has released several hits such as “Baba Nla”, “Socco”, and “Joro”.

Wizkid also owns a record label known as Starboy Entertainment and has bagged several endorsements with popular brands such as MTN, Pepsi, Guinness, Glo, CIROC, Nike, and UBA. His net worth is estimated at $20 million. 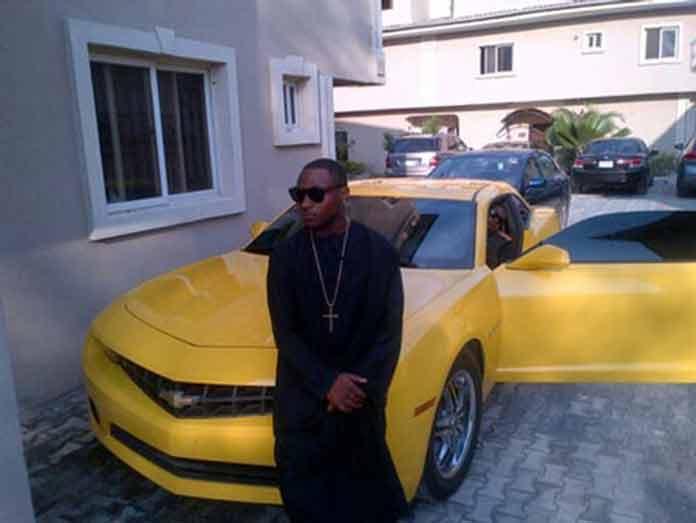 David Adedeji Adeleke best known as Davido or OBO, is a talented singer, songwriter and record producer. He owns his own label Davido Music Worldwide (DMW) which Dremo, Mayorkun, Yonda, and Peruzzi are currently signed to.

Davido has released several hits such as “Blow my mind” featuring Chris Brown , “Risky” featuring popcaan, and “Fall” which hit over 150 million views on YouTube. He has also bagged many endorsements with big shots like AXE and Infinix, and a record deal with Sony Music. His net worth is estimated at $19 million. 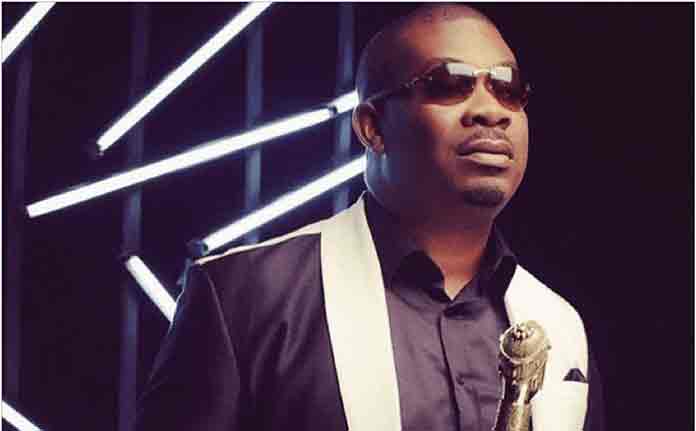 He is a Nigerian record producer, singer, songwriter, and entrepreneur. He is the label boss of Marvin Records to which artists such as Tiwa savage, Reekado Banks, Iyanya, and Wande coal were signed to before their exit. Current Mavin artistes include Korede Bello, Dr SID, D’Prince, Di’Ja, Johnny Drille, Ladipoe, DNA Twins, Rema and Crayon.

Don jazzy has bagged many personal endorsements, as well as investments for his record label such as a multi-million dollar investment from Kupanda Holdings. He has produced songs such as “Dorobucci”, “Eminado”, “Romeo & Juliet”, “All is in order’, and “Lift off” by Jay-Z and Kanye West featuring Beyonce.

Although Don Jazzy has no song of his own, he is on this list because he has featured in songs of various artistes, especially those under his label. His net worth is estimated at $18.5 million.

Damini Ebunoluwa Ogulu popularly known as Burna Boy, is a Nigerian singer and songwriter. He rose to fame in 2012 with his song “Like to party” and has released major hits since then.

He has won various awards both in Nigeria and Africa and was recently nominated for a Grammy Award through his album “African Giant”, which was widely accepted in Nigeria and internationally. Like his colleagues, Burna has also secured endorsement deals with brands such as Glo, Lager Beer, and Pepsi among others. His net worth is estimated at $17 million. 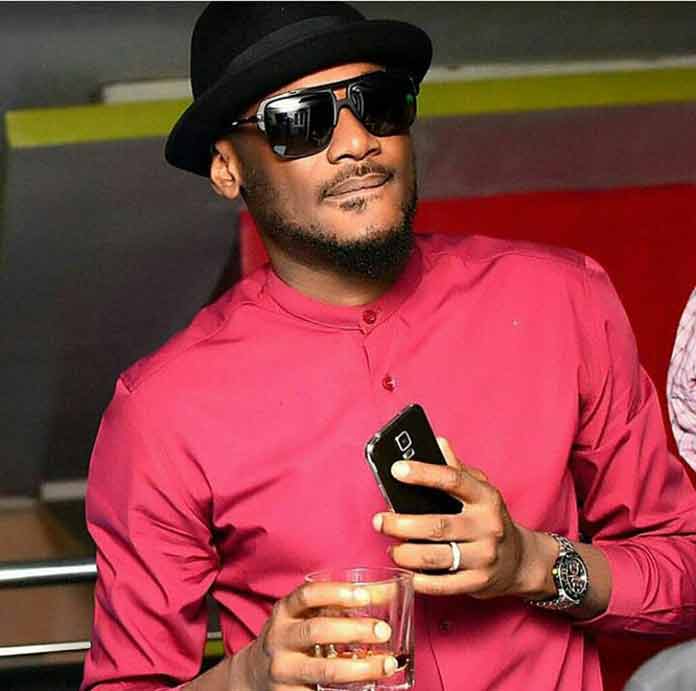 Innocent Idibia known as 2baba is a record producer, entrepreneur and singer. He is a music legend whose songs have made waves in Nigeria music industry. Some of his songs are “African Queen”, “Amaka” featuring Peruzzi, and “Important”.

2baba has also bagged various endorsement deals with brands such as Guinness, Nigerian Breweries, among others. His net worth is estimated at $16 million. 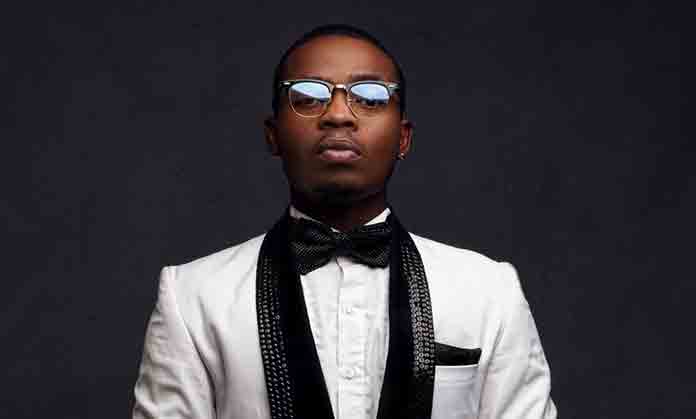 Olamide popularly called Badoo is a Nigerian rapper, singer, and songwriter. Olamide owns his own record label YBNL and mostly records in his local dialect, Yoruba. Some of his songs are “Durosoke”, “Voice of the street”, “Motogbana”, and “Pawon”. In 2013, Olamide became the first Nigerian to sign an endorsement deal with Ciroc Nigeria. Over the years, brands such as Etisalat, Glo, Goldberg, etc., have signed Olamide as brand ambassador. He has an estimated net worth of $12 million. 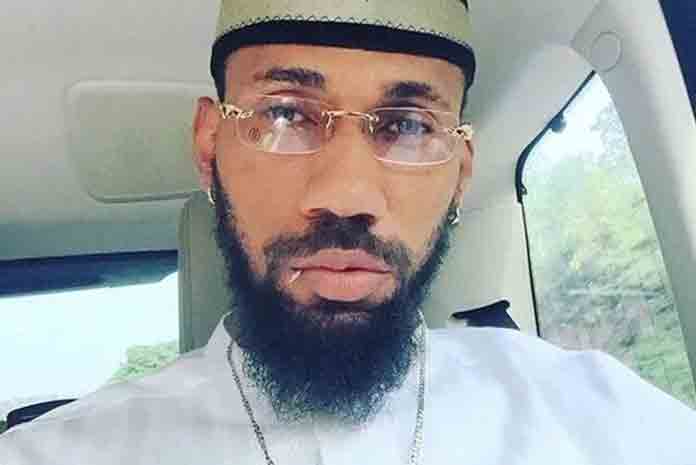 Chibuzor Nelson Azubuike, popularly known as Phyno, is a Nigerian rapper, singer, songwriter and record producer. He started his musical career as a producer and has released major hits such as “Fada Fada”, “Alobam”, “Ride for you” ft Davido, and “Ojimo” as a rapper.

Phyno is known for rapping in Igbo and has bagged several endorsement deals with brands such as Guinness, Tom Tom, Lager beer, Naira bet, and Airtel. His net worth is estimated at $11 million. 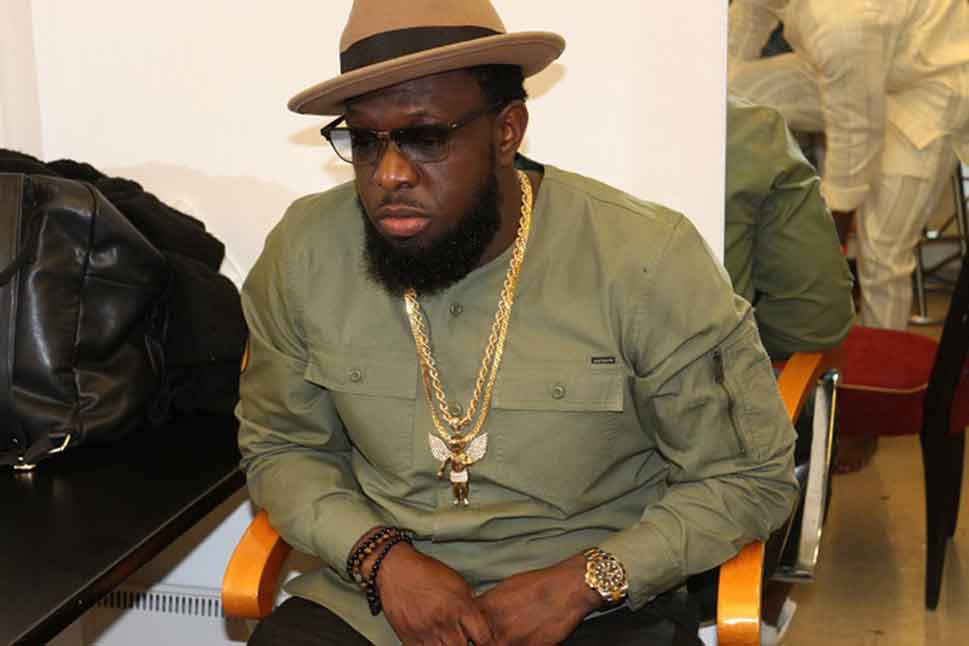 Inetimi Alfred Odom also known as Timaya is a Nigerian singer and songwriter. He groomed artistes such as Runtown and Patoranking and is the founder of DM Records Limited. Timaya has bagged endorsement with big brands such as Glo and Hennessy. His network is estimated at $10.5 million. 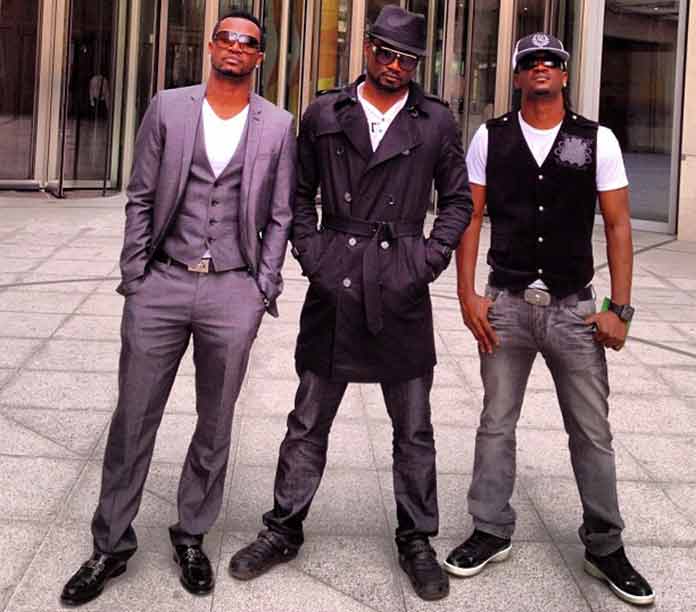 These twins were the biggest music duo in the Nigerian music industry, and Africa as a whole. Known as Peter and Paul, their songs were always widely received and won them numerous awards in Nigeria and Africa as a whole. They currently perform as Mr P, and Rude boy individually. Their net worth is estimated at $10 million each. 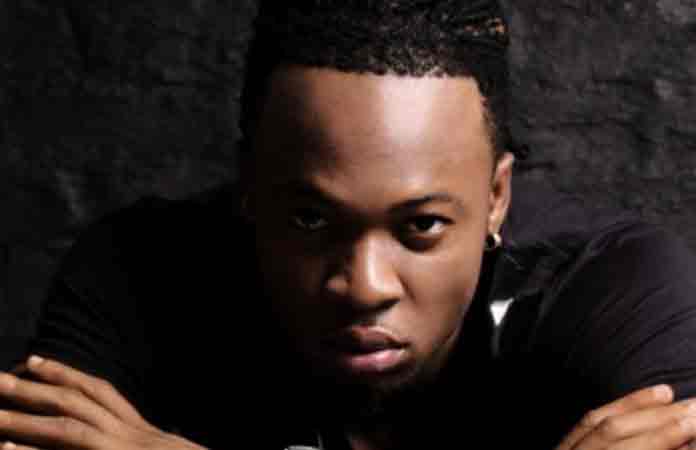 Chinedu Izuchukwu Okoli popularly known as Flavour, is a Nigerian singer, songwriter and performer. Flavour is one of the few artistes whose generes includes Igbo highlife, Igbo gospel, and hip hop. Some of his songs are “Ololufe”, “Ijele”, “Gollibe”, and “Awele”. His endorsement deals include brands such as Glo, Life beer, and Bullet energy drink among others. He has an estimated net worth of $9.5 million. 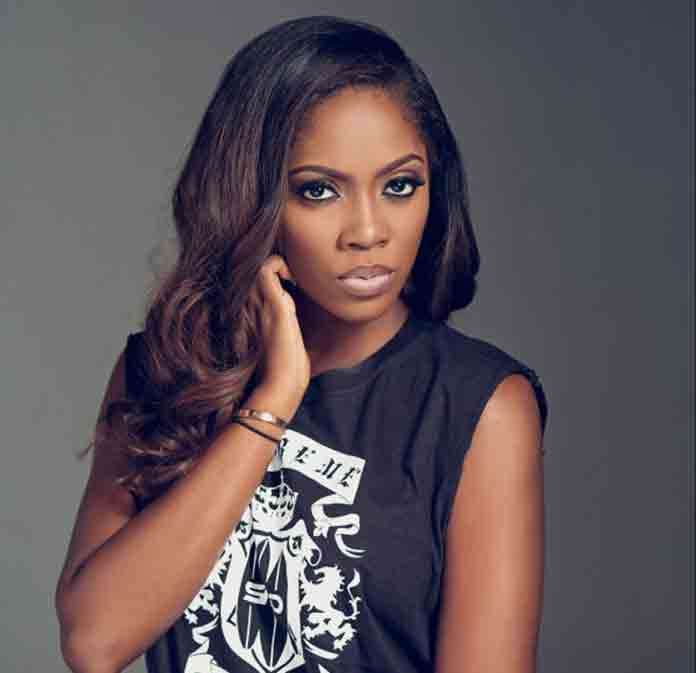 Tiwa Savage is a songwriter, performer, and singer. Over the years, she has gained heightened popularity both in Africa and beyond the continent. She is currently the richest female singer in Nigeria and has released numerous songs which have topped Nigerian music charts. In 2019, Tiwa was signed to Universal Music Group and left Mavin Records. Some of her songs include “All over”, “My darling”, “Wanted”, Bad, and “49-99”. Tiwa has bagged several endorsements with brands like Konga, Maggi, Forte Oil, Pepsi, etc. Her net worth is estimated $9 million.

Olubankole Wellington is a Nigerian pop music singer and rapper. His songs are “Heaven”, “Love you baby”, and “Made for you”. He is the founder of the record label Empire Mates Entertainment (E.M.E) to which artists like Niyola, Shaydee, Skales and Wizkid were once signed to. E.M.E now functions as a talent management company. He has bagged numerous endorsements with brands such as Etisalat, Samsung, Ciroc Nigeria, MTN, and Uber. His net worth is estimated at $8.5 million. 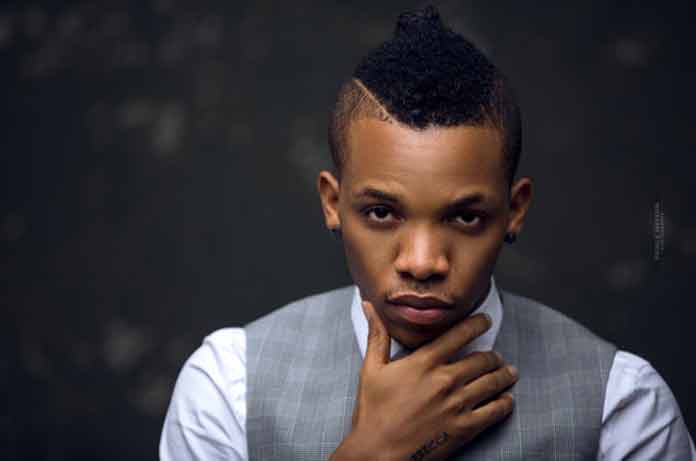 Augustine Miles Kelechi is a Nigerian Afro hip-hop artiste and producer whose songs have a large number of views on social media. He has released several hits including “Duro” which received wide acceptance in Nigeria and in the US. Tekno is also a song writer and has written songs for artistes such as Davido. His songs include “Jogodo”, “Rara”, and “Skeletun”. He has secured endorsement deals with brands like MTN, and Pepsi and distribution deal with Universal Music Group Nigeria. He has an estimated net worth is at $8 million. 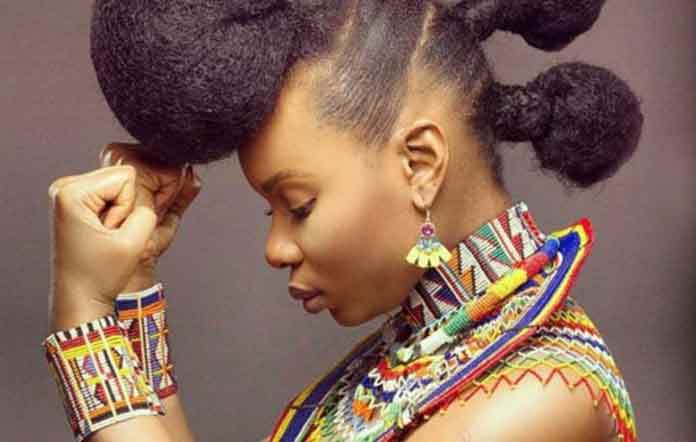 She is a Nigerian Afro-pop singer who gained popularity after winning the Peak talent show in 2009. Some of her songs are “Johnny”, “Mama Africa”, and “How I feel. Yemi became the first African female artist to reach one million subscribers on YouTube in 2019. Her hit single “Johnny” currently holds the record for the most watched African Female music video of all time on YouTube.Her net worth is estimated at $6 million. 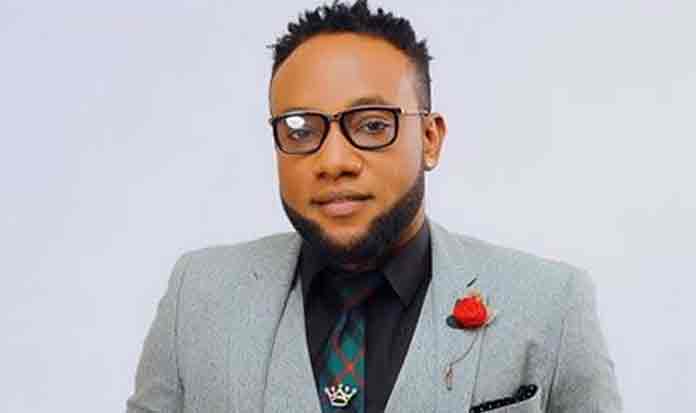 Kingsley Chinweike Okonkwo also called KCee is a songwriter and singer. Formerly a member of the group Kc Presh, he now has a record deal with Five Star Music. Some of his songs include “Limpopo”, “Love boat”, “Tender”, and “Pull over”. He has had endorsements with brands like MTN. His net worth is estimated at $5 million.

Popularly known as Teni, she is a singer and songwriter. She made her breakthrough with her hit singles “Askamaya”, “Case” and “Uyo Meyo”. She has an estimated net worth of $4 million. 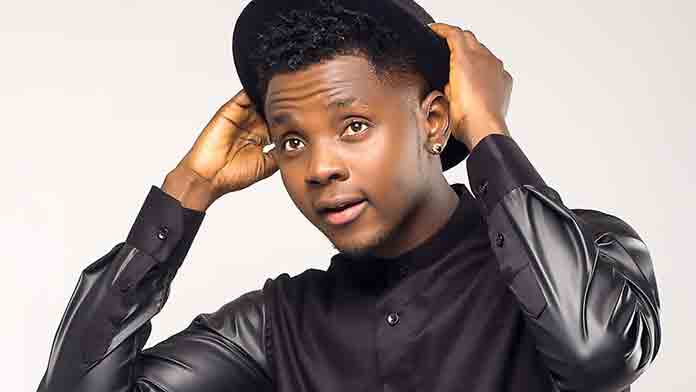 Oluwatobiloba Daniel Anidugbe better known as Kizz Daniel, is a Nigerian singer and label owner of FLYBOY I.N.C. He changed his stage name from Kiss Daniel to Kizz Daniel after winning a highly publicized contract dispute against his old label G-Worldwide Entertainment. He has released hit singles such as “woju”, “yeba”, and “one ticket” featuring Davido — a song from his album “No Bad songz” which was at No 55 on the US iTunes Chart and became number 1 on the world Album Chart within 24 hours of its release. His net worth is estimated at $3 million. 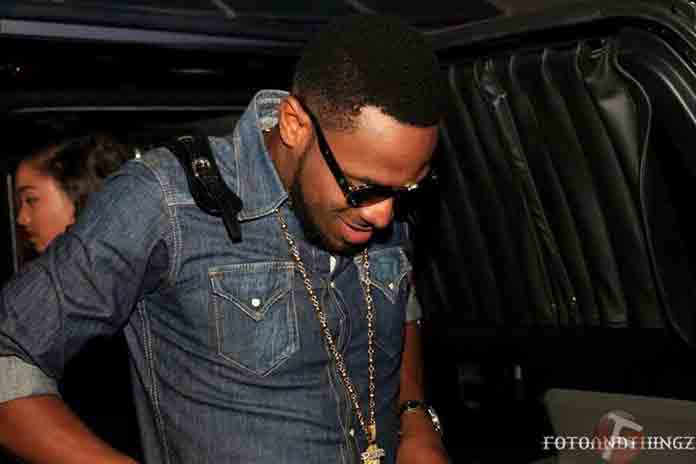 Oladapo Daniel Oyebanjo, commonly known by his stage name D’banj, is a Nigerian musician, singer, songwriter, and entrepreneur. Popularly referred to as the koko master, he gained fame with his debut album “No long time” and attained international recognition with his summer hit “Oliver Twist” which was a top 10 hit in the UK singles chart in 2012 reaching No. 2 on the UK R&B chart. D’banj was named Bank of Industry (BOI) ambassador in 2013, and has bagged several endorsement deals with brands such as Glo, Heritage Bank, Ciroc Nigeria, and Slot. In 2012, he signed a management and strategic partnership deal with Sony Music’s RCA Records. His songs are “something 4 something”, “Oliver twist”, “Fall in love” and “Emergency”. His net worth is $2 million. 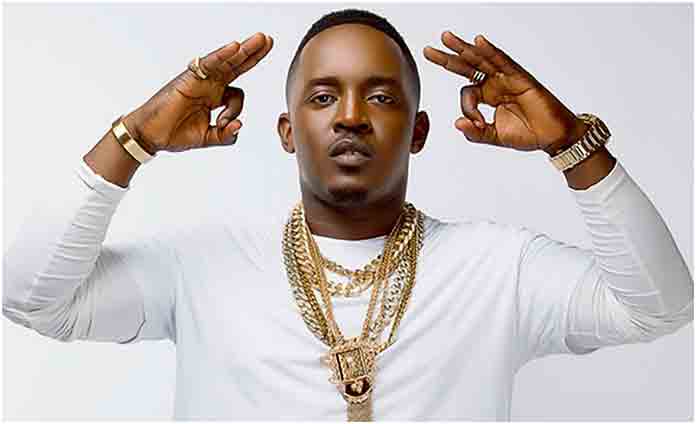 Best known as M.I, he is a successful rap artiste, producer, and songwriter. He was the CEO of Chocolate city till 2019 and has won some awards such as best hip-hop and best rap album at the hip hop world awards. He has won over 18 awards globally and he has been nominated 22 times.His net worth is estimated at $2 million.

He is a Nigerian singer from Rivers State who has had an amazing comeback in the past year. He has released major hits such as “Lova Lova” ft Tiwa Savage, “Fake love” ft Wizkid, and “Shake” ft Yemi Alade. His net worth is estimated at $1.8 million.