The local government is like a missing piece to a political puzzle and without its existence the people will not experience the full effect of governance. 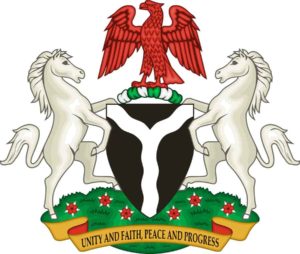 The local government is very essential in political administration in the sense that it ensures people at the grassroots level are efficiently and effectively governed.

What is local government in Nigeria?

A local government can be defined as a system of government at the grassroots level of administration for meeting peculiar grassroots needs of the people. It is backed up by law in the discharge of its duties to the people locally.

It is charged with many responsibilities which need to be carried out effectively. Since it is the closest form of government to the people, it ensures that basic social amenities are provided to the people within its geographical area of jurisdiction.

The history of local government in Nigeria

Being under the full supervision of the British Administrative Officer, the local government system was not favourable to the interest of the local people because there was no chance for the local people to be elected to serve as a middle man between the people, and the colonial government.

There was trial and error to create a new local government system to favour the interest of the local people, but the native authority rulers’ new rule of levy and tax collection did not sit well with the local communities which made them to create their own traditional ways of carrying out such services. The native authority system was not the answer for local government governance because the rulers were only accountable to the colonial officers.

The insufficiency of governance then, could be solely blamed on the lack of Western education, and modern approach to ruling.

In 1946, the local government system in Nigeria was changed to the Sole Native Authority System which was greatly frowned upon by the Egba women who accused the system of increased gender imbalance, and hastening the marginalization of women.

In 1976, there came the reform, and the introduction of the constitution in 1979 which still could not solve the problem of traditional ruling in Nigeria. The local government system was faced with different issues which hindered the development of the local government.

The Buhari administration cut the local government from 701 to 301 which was later recorded in the constitution, but the system was still a failure as a result of inadequacies.

1986 came with a drastic change in the system of administration, as old attitude was forfeited, and the federal government was in control of the basis of the local governments.

In March 1988, some comprehensive reforms were adopted by the federal government to change the local government structure, finance, and administrative system. More states, and local governments were created in 1987 despite the failures that resurfaced.

From 1999 till date, the local government system has gone through many reforms bringing it to the acceptable state it is now.

How many local governments in Nigeria?

Functions of local governments in Nigeria