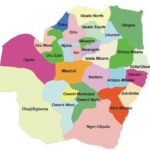 Imo state is located in the south-eastern region of Nigeria. Named after the Imo River, it occupies the area between the lower River Niger and the upper and middle Imo River. The state is predominantly inhabited by Igbos with Christianity being the main religion. It shares boundaries with Abia state to the east, Delta state […] 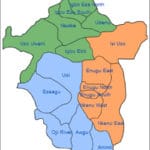 Enugu State is one of the Igbo- speaking states in Nigeria. It was named after its capital city—Enugu, which means “the top of the hill”. It is located in the south-eastern region and is bounded by Abia State and Imo State to the south, Ebonyi State to the east, Benue State to the northeast, Kogi […] 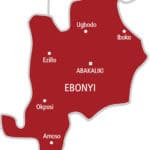 Ebonyi State is one of the south-eastern states in Nigeria. It shares borders with Cross Rivers State to the east, Enugu State to the west, Benue State to the north, and Imo and Abia to the south. Inhabitants of Ebonyi are called Ebonyians. They are primarily made up of Igbos who speak several dialects of […] 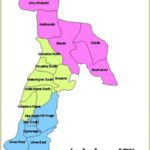 Abia state is a south-eastern state in Nigeria. It shares borders with Imo state to the west and Cross Rivers State and Akwa Ibom State to the east and southeast respectively. To the south of the state is Rivers State, and to the North and northeast are 3 states—Anambra, Enugu, and Ebonyi. Inhabitants of the […] 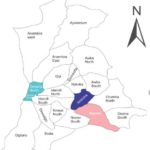 Anambra is an Igbo speaking state in Nigeria and has its root name as Ọmambala which is the name of the Anambra River which flows through the state. The colonialist found it slightly difficult pronouncing the original name and decided to change it to Anambra. Anambra State is located in the South eastern part of […] 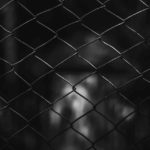 Because of the alarming increase in criminal activities, the existence of prison proves essential. Convicted criminals receive prison sentence. Most Nigerians have heard about prison, but not everyone has visited a prison. A prison is an institution of confinement for those convicted of a crime and those who are offenders of the law. The people […]