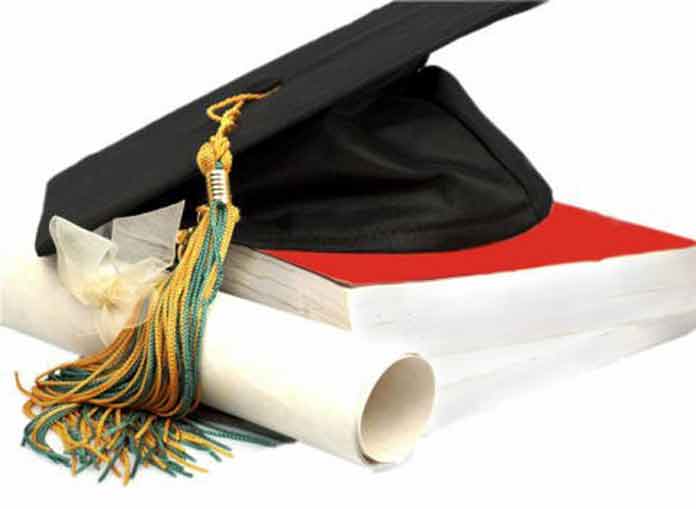 There has been a great increase in the number of students who applied for this second tier of higher institution because of demand by businesses for diploma degree holders.

Although having a diploma is a good thing to do but getting the qualification from a reputable polytechnic should not be underrated.

However in choosing a federal or private polytechnic in Nigeria, the good reputation of the school, the moral standard and facilities should be put into consideration as this will enhance the quality of the knowledge during the cause of the Diploma program.

So if you’re having problem with the decision of which polytechnic to get your Diploma Degree from, here below is a well-detailed review of the 10 best polytechnics in Nigeria.

The Federal Polytechnic Oko is located in Oko town in Orumba North Local Government of Anambra state. It  was approved by the Anambra State Government in 1979 as a College of Arts and Science.

Federal Polytechnic Oko is one of the most preferred institutions in the south eastern part of Nigeria and has experienced an increase in the number of applicants annually because of moral, disciplinary and educational value possessed by both teaching and non-teaching staff. The institution has a serene academic environment, with new buildings and academic facilities been upgraded over the decades.

The institution has its main campus located at Oko with two other campuses at Ufuma and Atani respectively.

The Federal Polytechnic, Ilaro which has acquired the reputation of a quintessential institution educating and training students was established by law on July 25, 1979, and open her gates to the public on November 15, 1979.

The school is one of the most sought after institutions in Nigeria and because of her consistent academic calendar, the number of applicants has greatly surged over the years.

The institution has two distinct campuses which are called the West and East campuses.

Auchi Polytechnic is one of the first four Polytechnics established in Nigeria in the year 1963. The institution is Located in Auchi, a vibrant and cosmopolitan town in Edo State. The school is known to maintain a verse academic calendar and has adapted its curriculum over the years to meet international standards.

The Lagos state polytechnic ‘Laspotech’ as popularly called is a government-owned tertiary institution established in the year 1977 located in Ikorodu, Lagos State which is the commercial heart of the country. The school since existence has upheld its mission to produce skilled manpower for commerce and industry using modern facilities and competent.

Laspotech offers courses in field such as engineering, technology, and business management. It is well equipped with quality facilities and a serene learning environment. The school is known to have one of the best engineering departments in the country.

Laspotech is also known to regularly update its curriculum to meet international standards. The school site is user-friendly and easy to access.

For Agricultural and science courses, Imo State Polytechnic is recommended due to its strong reputation in both fields. It was reported in 2009 that the agricultural department of the school has done well in developing 43 varieties of high yielding cassava.

However, Imo state university is the best shot and it is strongly recommended if you want to study any agriculturally related course.

Moshood Abiola Polytechnic was formerly Ogun State Polytechnic, Abeokuta and was established in January 1979 with the core value of producing truly educated, skilful and useful personalities who are equipped for significant contributions to the society

Mapoly as popularly called is located in Abeokuta, the state capital of Ogun State. And despite the school past history of cultism, applications from prospective student keep increasing annually.

The Kwara State Polytechnic, Ilorin was established by his Excellency, the then Military Governor of Kwara State, Col. David Bamigboye. It is indeed one of my top 10 best Polytechnics in Nigeria – with tranquil learning environment and dedicated lecturers, world-class building and well-equipped libraries.

The establishment of the Federal Polytechnic, Nekede, Owerri, like any other Polytechnic in Nigeria, was stimulated by the need for trained manpower in science, engineering and technology to promote sustainable industrial and economic development in the country.

It is no surprise that Federal Polytechnic, Nekede tops the way in terms of the number of applicants registered annually in the Eastern part of the country due to its conducive academic environment.

Dr. (Mrs) Cele U. Njoku is the Rector and Mr I. M Aligbe is the Registrar of the School.

The Polytechnic Ibadan hit the number two spot of the best ten polytechnics in Nigeria. The School is popularly known as Ibadan Poly and was established in 1970 as a successor of Technical College, Ibadan. As can be attested to, the polytechnic is one of the well-funded polytechnic and with well-structured buildings and serene learning environment.

The school share border with the University Of Ibadan. And over the years, the number of applicants enrolling for a Diploma programme has increased dramatically.

The polytechnic operates on a faculty system and currently, they have 5 faculties which include; environmental studies, science, engineering, financial and management, business and communication.

In 1947, this prestigious institution of learning was established. Yaba College of Technology popularly called YABATECH is no doubt the most reputable academic institution in Nigeria – with a student enrollment of over 16,000. It is the number one higher Institution to establish a centre for entrepreneurship development. The research unit collaborates with private sector organisations.

It is the oldest polytechnic in Nigeria and is located in the commercial heart of the country, Lagos.

The school is well known for her smooth academic running and has achieved great academic success.

Its motto is Labore Et Veritate and.

The school offers over 50 accredited courses with unique academic experience.

Looking for Polytechnics with Best quality equipped laboratories, skill acquisition as well as a good learning environment with less hassle?  You can choose from this 10 compiled list of best polytechnics in Nigeria.