Following the senate screening of the 42 ministerial nominees of President Mohammadu Buhari, a new set of federal ministers has emerged. Their names and ministries assigned to were announced on the 21st of August 2019 at the National House of Assembly and were also sworn in that same day. While some of them returning ministers, others are coming into the position as a newbie. The names of the newly appointed Nigeria ministers are: 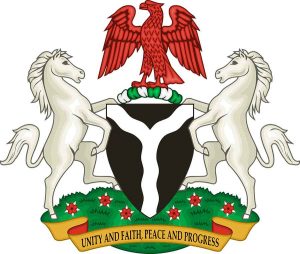 He is the first civilian governor of Abia State and has returned as the Minister of Science and Technology for a second time. He hails from Ohaozara Local Government Area of   Ebonyi state and graduated in 1976 with a first-class degree in Chemical Engineering.

The popular Lai Mohammed has again been appointed Minister of Information and Culture. He once served as the National Publicity Secretary of the All Progressive Congress in Nigeria.

The Nigerian lawyer is a returning Minister of Foreign Affairs. He had been a Deputy Director General at the World Intellectual Property Organization (WIPO). In 1983, he was admitted as a Barrister-at-Law of the Supreme Court of Nigeria.

Dr. Osagie has been re-elected as the Minister of State for Health. He is aged 72 and is a member of the All Progressives’ Congress (APC). He had his tertiary education at Ludwig Maximilian University of Munich, Germany where he graduated as a doctor.

Zainab is a member of the All Progressives Congress and a graduate of Ahmadu Bello University where she studied Accounting. She is the immediate past executive secretary and national coordinator of Nigeria Extractive Industries Transparency Initiative (NEITI). Zainab was initially elected into the Ministry of Finance in 2015.

The Nigerian doctor has held several political positions in the state. Not only was he elected governor of Anambra state in 2003; he also occupied the position of the senator representing Anambra central in 2011. The returning minister is a member of the All Progressive Congress.

The former General Manager, Katsina State Transport Authority and former pilot has returned as the Minister of Aviation.

Amaechi is the fifth governor of Rivers State and hails from Ikwerre Local Government Area of Rivers. His administration is identified with many infrastructural developments which included the construction of many roads as well as bridges.

The past Lagos State governor has been appointed Minister of Works and Housing, he is the immediate past minister of Power. Fashola is known to have rehabilitated the city of Lagos in no small way. He graduated from the University of Benin where he studied Law.

He is a returning Minister in charge of the Federal Capital Territory and hails from Adamawa state. He is a graduate of Ahmadu Bello University, Zaria.

Mustapha was a member of the House of Representatives (2007-2011), he represented the Maiduguri Metropolitan Federal Constituency and is the immediate past and present Minister of State for Power, Works and Housing.

Festus hails from Ughelli Local Government Area of Delta State. This lawyer and human activist was the Director of Strategic Communications of the 2019 re-election bid of the President of Nigeria.

He is a fellow of the Institute of Chartered Accountants of Nigeria (ICAN) and the current president of Master’s Energy Group. He contested during the 2019 Governorship elections in Abia State but lost to Okezie Ikpeazu.

Nwajiuba hails from Ehime-Mbano Local Government Area of Imo State. He served in the House of Assembly from 1999-2003. He is the current chairman of the Tertiary Education Trust Fund (TETFUND).

She is a former Federal Commissioner of National Commission for Refugees, Migrants and Internally Displaced Persons and a former National Treasurer of the Congress for Progressive Change (CPC).

She is the current Executive Secretary of Pension Transitional Arrangement Directorate (PTAD).

He is the third Governor of Akwa Ibom state (May 2007-May 2015) and has served as a Commissioner for Petroleum and Natural Resources in Akwa Ibom State where he hails from.

Bashir is a former Governor of Sokoto State from August 1990 to January 1992. He was a legal adviser for All Nigeria’s People Party (ANPP), as well as a governorship candidate of Democratic People’s Party (DPP) in Kano. He is a new minister of the Federal Republic of Nigeria.

Richard was the first Executive Governor of Ekiti State from 1999 to 2003.

Sylva is a former Governor of Bayelsa state and a member of Rivers State House of Assembly in the 1990’s.

Pantami has authored many books on ICT, technology and politics alike. He is a member of the All Progressives Congress. He was the Director-General and CEO of National Information Technology Development Agency (NITDA).

Gbemisola was an executive director of Ashmount Insurance Brokers, a firm located in Lagos. She has also been a Senator representing Asa/Ilorin West Federal Constituency, Kwara state. She is a new Federal Minister.

He was Edo State Commissioner for Environment and Public Utility for eight years.

George was the minority leader of the Senate from 2011 to 2015 and the first governor Governor of Benue State.

The Nigerian journalist and former Executive Commissioner of Stakeholder Management, Nigerian Communications Commission has been appointed as the new minister for youth and Sports in the country.

Mr Omotayo was a Senator representing Ondo Central; he was also a former Secretary to Ondo State Government.

The Nigerian doctor was elected to the Senate in 2003 and was also reelected in 2007. He was also delegated to represent Nigeria at the National Republican Convention of 1990 He is the new minister of state for health

Abdullahi is the immediate past Secretary to the State Government of Nasarawa State and the new minister of state for science and technology.

She holds a Masters degree in Administration and Planning as well as a certificate in social development Policy, Planning and Practice which she obtained at the University College, London and was appointed Nigeria’s Permanent Delegate to United Nations Educational Scientific and Cultural Organization (UNESCO) in 2009.

This Nigerian banker has worked in many financial institutions in Nigeria. He became a senior investment executive, new Nigeria Development Company Limited in 1978.

He worked at the National Orientation Agency from 1993 to 1999 and was a federal revenue Commissioner representing Niger State at the Revenue Mobilization Allocation and Fiscal Commission, Abuja.

She is a former Minister of State for science and technology; she served during Olusegun Obasanjo regime and a former deputy governor in Plateau state.

He works at the Agricultural Extension and Rural Development, Ahmadu Bello University (ABU)

The current Chairman of the Universal Basic Education Commission (UBEC) is a former member of the Kaduna House of Assembly and Chairman of the Buhari Support Organisation.

He is the 8th governor of Osun state and a Lagos Commissioner for Works and Infrastructure. He is a new minister of the Federal Republic of Nigeria.

He is the former Group General Manager (GGM) in the Crude Oil Marketing Division (OMD) in NNPC. He is a graduate of International studies and  bagged a Master’s degree from the University of Lagos, Akoka.

He was a Commissioner for Works and Infrastructure in Ogun State.

He is the Chairman of National Commission for Colleges of Education (NCCE) governing body.

Suleiman is a first-class graduate of Modern History and a former inspector general of police. He was appointed an inspector in the year 1979 under President Shehu Shagari’s administration.

She is a graduate of Urban and Regional Planning and the immediate past APC National woman Leader. She has emerged as the new minister of State for the Federal Capital Territory.